Beena Riaz is the wife of renowned businessman and property tycoon, Malik Riaz. She has been the business partner in Bahria Town and has been actively participating in the business activities. She has been a mother of two, a boy and a girl. Along with the business, she has been involved in the philanthropist activity and a role of the model for the rest of the working women. She has been with Malik Riaz through thick and thin and continues her support in every bad situation. According to Malik Riaz, she has been the ideal wife, and that is why both of them are enjoying a happily married life. Beena Riaz remains away from the dazzling world of news and loves to remain off the camera. She has been managing many projects under the umbrella of Bahria Town. Malik Riaz along with his wife has covered a long journey from rags to riches of the country. 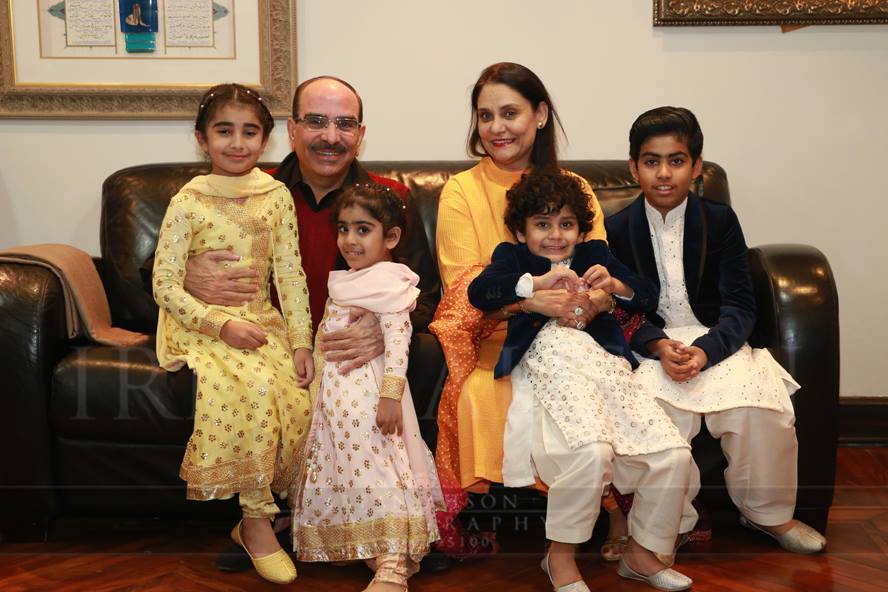 Malik Riaz is born on 8th February 1954 in Sialkot city to a working-class family. His father’s profession was a private contractor but during Riaz’s early life, his father suffered huge losses due to which he went bankrupt. Due to this, Malik Riaz was forced to drop out of school only after matriculation. He started working with MES (Military Engineering Services) as a clerk. To make ends meet, he often had to work part-time also as a painter. Therefore, he had to see many hardships in his early life which continued to later parts of his life also.

Malik Riaz is in the list of the top 10 richest people in Pakistan. From an ordinary clerk in Military Engineering Service (MES) he has climbed the ladder of riches with the net worth that is estimated to be around $ 1.5 billion. Riaz’s first wife died during the early days when he used to be so poor that he had to work odd jobs for the treatment of his sick daughter like paving roads, painting houses and selling kitchen utensils. His second wife in Beena Riaz Malik. He has 3 daughters and one son. The name of his son is Ali Riaz Malik who is the CEO of Bahria Town group and his daughters are Amber Shehzad Malik, Aasia Amer Malik and Pashmina Zain Malik. He also has 2 grandchildren. The name of his grandson is Zoraiz Malik and Maryam Hamza Malik is his granddaughter.

The origins of Bahria Group:

In the 1980s, Malik Riaz started his private construction company known as Hussain Global. This company signed a contract in 1955 with the Bahria Foundation (Charitable Trust of Pakistan Navy) for building a gated community for people working in the Pakistan Navy. Malik Riaz also started working on various projects through his private company. He used the name “Bahria” for all the projects that he was working on. Due to this, Pakistan Navy served a notice to him to stop using the name “Bahria” but he tirelessly continued his project of Bahria Town Rawalpindi. The case was later dismissed in the supreme court of Pakistan.

What started as a private construction company, is now one of the biggest privately owned real estate development company in Asia. In 2016, Bahria Town had 60,000 employees making it the biggest private-sector employer in the whole country.

What makes Bahria town stand out from the various other residential communities of the country is that Bahria town is a complete town all on its own. It has a number of schools, parks, hospitals, residential and commercial areas, cinemas and gyms etc.

The first project of Bahria town was Bahria Town Islamabad. This project is located near the Islamabad expressway and is divided into 9 sectors. This project started in 1995.

The second Bahria town community is located in Lahore. This society has the third largest mosque in Pakistan and the 14th largest mosque in the world. It also has a replica of Eiffel tower in Lahore which is the center of attraction.

In 2015, Malik Riaz announced that the biggest project of Bahria Town yet is coming to the city of Karachi. This community will be one of its kind as it will have the largest mosque of Pakistan built in it will also be the largest one in whole Asia, the central park will be built there which will be exactly like the one in New York, Rafi cricket stadium that will be the biggest cricket -the stadium of world-class standards, The Taj Mahal replica, Eiffel tower replica, and world-class standard golf course will also be constructed.

Recently, Malik Riaz has tweeted that Bahria town will be built in Peshawar also. It included #january 2020 which suggests that in January 2020, bookings will start for residential and commercial properties in Peshawar Bahria town also.

Ahmed Ali Riaz Malik- The continuation of the legacy:

Ahmed Riaz is the only son along with a sister, of the biggest business tycoon and one of the richest man in the country. As the saying goes, the apple didn’t fall far from the tree. During his early life, when he used to visit Dubai, he used to become very excited to see the skyscrapers and wanted to bring them to his home country. After completion of his studies, he started working with his father. But it would be totally wrong to say that he got to the point where he is today, just because he was born with a silver spoon in his mouth. When he started working for Bahria Town, he worked as procurement manager in sales and marketing department of Bahria Town to get the know-how about the Pakistani market. He then worked his way up to Project Manager and finally the CEO of the company in 2007.

The recent heights to which the Bahria town has reached are due to the vision of Malik Riaz and tireless efforts of his son. The projects that are being undertaken by Bahria Town are unmatched in the whole country. The Bahria town community in Lahore, Bahria town in Islamabad are a testimony to the vision and efforts of Bahria Town group. The Bahria Town that is being developed in Karachi is going to be the biggest project yet to be undertaken by this group. It will have various landmarks like central park replica, the Taj Mahal, the biggest cricket stadium in the country, the grand gymnasium, the 36 Hole PGA standards floodlight lit golf course, the Eiffel tower and so many more attractions.

Due to the load shedding all over the country, Bahria Town is the only community in Pakistan that has its own power generation due to which the residents of the community are provided with electricity without any interruption. The gated community is one of the most secure residential societities as it is under 24 hours CCTV surveillance. To give the society a clean and proper look, all the wiring is underground. Gas, water, sewerage systems and garbage disposals of the society are unmatched.

Bahria town is also one of the biggest philanthropic institutes in the country. The Bahria dastarkhawan provides free food of good quality to more than 150,000 people daily all across the country. Apart from this, there are also various services that are provided by Bahria town group for the welfare of the population of Pakistan like health programs, community welfare, disaster management, free education, combined marriages of poor people and various mosques of the highest quality that are open to not only the residents of the community but to all people from the country.