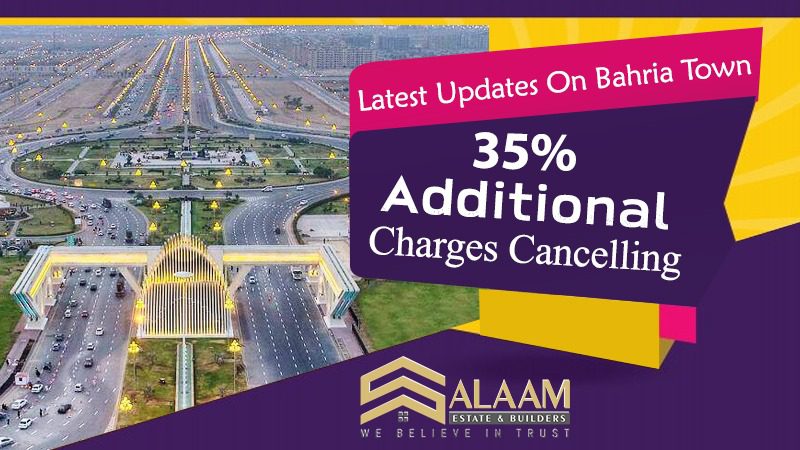 Tons and hundreds of residents of Bahria Town were angered after the secret charges finally popped up. The incident took place recently when the administration of Bahria town suddenly decided to carry out the development charges for its residents. This came out as of a shock for everyone because it was not expected and was not mentioned at the time of purchasing. This was wrong because the administration decided to put these charges unreasonably. This information was passed out to most of the residents of Bahria Town. It took place as the residents were informed by means of letters received at their homes.

It was not mentioned in the letters that when the development charges will be applied to the residents who applied after 2014. It was also heard that new policies about these changes will be expected soon. The sad part which angered and frustrated all the residents was that they had not been informed about these charges while they were making a commitment to purchase the houses. It also made a very bad impact on future customers to be. The present owners of the houses spread the knowledge about this unfair treatment and now most people are aware of this unlawful behavior of the administration of Bahria Town.

There were supposed to be many more charges applied to the residents’ houses which included extra water supply charges and maintenance charges too. This further caused a lot of disruptive behavior among the residents and they decided to take on some brutal actions. As a consequence, they started selling their plots since they wanted to get rid of all the unfair charges. The rating of Bahria Town started falling drastically and the administration had to stop all this disruption in their society. Therefore, keeping in mind all the present case scenario, the administration decided to postpone these charges.

The news about the postponing or cancellation of the extra charges for the residents of Bahria Town was also confirmed by the owner of Bahria Town. Malik Riaz (CEO of Bahria Town) confirmed this news on 23rd February 2020, in his tweet and mentioned that these charges are going to be postponed for a while. This gave a sigh of relief to the members of the society who had been in worse conditions since the time they found out about these extra charges.  However, the current situation has cooled down and everyone hopes for the best in future too.

Construction of a house in Bahria Town Karachi 2020
Impact of Corona on Real Estate Market, Pakistan